NEWS DETAIL
You are here: Home » News » Industry News » In Which Industries Boilers are Widely Used?

In Which Industries Boilers are Widely Used?

A boiler is an enclosed vessel in which a liquid is heated. It is usually integrated with many compounds in a system. Boilers are used for steam production. This steam is made by adding energy to the feedwater supply of the system. The heated liquid which exits the boiler is used in heating applications or various other processes including sanitation, cooking, power generation, central heating, and water heating. Steam boilers are being mainly used in different industries, and multiple companies in the market manufacture the steam boilers for these various industries.

The boiler which you can see in the picture above is a high-efficiency electrical steam boiler. Boilers of these models work on high thermal efficiency in such a way that the radiation loss during the working procedure is kept at a minimum level. The boilers have planned heat to steam ratio. Due to this well-planned ratio, the operating pressure can be achieved very quickly without putting too much pressure. Further; the efficiency of the operating pressure can also be maximized. These boilers are designed in an environment-friendly manner. The boilers don’t have any exhaust going out, so they don’t add any intoxicating gas or material. 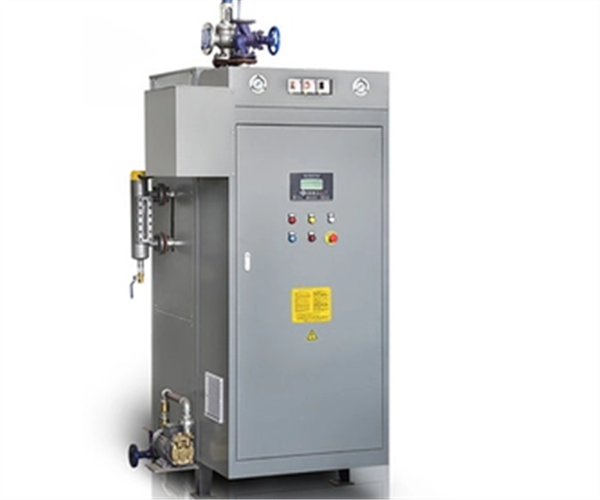 The steam boilers require minimal space due to its compact vertical design. The boilers are effective and work without making any disturbing noise. Further; they have a wired electrical box in the front of the boiler. This electrical box can be used for controlling the operation of the machine. This machine also has a power switch so you can manually select the function of different steam as per your requirement. Future boilers company has also ensured that the boiler doesn’t add any electrical load to your system. So, therefore, the heating procedure works turn by turn, and in this way,  the electric load is reduced.

Steam boilers are widely being used in different industries. If we discuss the application of these boilers in the laundry industry, we’ll come to know that they are the most needed option for large scale laundry. Experts suggest that to clean a load of laundry, you’ll require maximum steam as the procedure can’t be completed just by using water. Not only a steam boiler helps in providing the required steam to laundry, but they also help in heating the washing water. Now, after you have washed the clothes, you need to have them dried at earliest. Many laundry services use steam for drying the laundry. It not only dries the water quickly, but it also helps in reducing wrinkles from the clothes. An important point to note before adding boilers in the laundry industry is that you need to select a cost-efficient boiler.

The application of these boilers is not limited. You would have seen the boilers in paper industry as well. Boilers are used for a steam generation which later on helps in adding power to the system’s working. High-pressure steam is used for turbine generator sets so electrical power can be produced. Further; low pressure and medium pressure steam are used for heating applications.  Boilers in paper industry reduce the paper generation cost and also increase reliability.