NEWS DETAIL
You are here: Home » News » Company News » How Is the Steam Boiler Used in the Energy Industry?

How Is the Steam Boiler Used in the Energy Industry?

History is defined by certain innovative steps taken by mankind, which in turn empowered the generation of that era. The wheel, printing press, Newtonian Mechanics and the advent of paper are a testament to this. The 1750s saw another phase which out shadowed all of the past inventions and achievements – the industrial revolution.

The industrial revolution in the 18th century saw the shift of the agricultural norm and relocated a great portion of the population to the urban and tertiary sector. One of the most innovative inventions of that era was the steam engine/boiler.

What is a steam boiler?

In layman terms, a steam boiler is a device which is used to convert water into steam via the use of active heating (heat energy). They work at a pressure in the range of 1-300 psi.

What is the purpose of a steam boiler?

Steam boilers have a plethora of different purposes and industrial applications. The most primary and important is the generation of primary power in Steam engines and steam turbines. As the name implies, these machines use steam (which is, fundamentally, a renewable source of energy) and direct it to do man’s work. No wonder its invention changed the way people viewed railroads and long-distance travel in the 1900s! 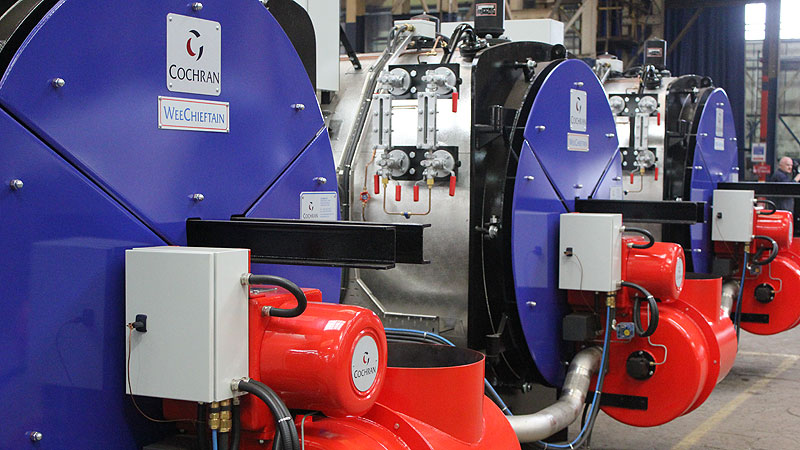 How is the water converted to steam in this system?

How does the steam boiler function in the energy industry?

The heat source, as mentioned above, is responsible for converting the water to steam. The steam accumulates in a place called the‘dome’, which is often located above the water storage. Here, steam accumulates as the dome condenses it which in turn grants it a very high pressure.

It is this pressure, directed to where it is supposed to work, which is rudimentary to the working applications of the energy industry as this is what causes heavy equipment to move and turn, such as a turbine. In essence, steam boilers are directly responsible for generating electricity which is by far their greatest application.